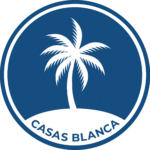 The Orihuela Costa and Costa Blanca region offers a lot of various activities for all ages the whole year round.

With a quick search on google you would find plenty. To narrow it down we list a few of the ones here that we think would be well worth a try.

Orihuela costa is not called the golfers paradise for nothing. There are 4 great golf courses within a 5 to 10 minute drive depending on which Casas Blanca accomodation you have chosen.

I you drive for another 30 minutes you have about 20 courses to chose from. Below is a great guide to golfing on the Costa Blanca with information about all courses.

The Aquopolis water park is located on the outskirts of Torrevieja, close to the sports area. In the park there are several water activities for both children and adults. There is and a green area with many umbrellas and a wide range of security measures that provide help to all attractions. And for the youngest children, there is a children’s pool with water toys and a mini water slide.

Aqua Park Flamingo is a small but a lovely water park in Torrevieja ideal for families with young children since the park is not too big to walk around. It has a few slides suitable for younger children, with a shallow pool area for them to play in. They also have a number of larger slides for children or adults. It has and larger, deeper pool for swimming. There are plenty of shaded areas to relax during the midday sun and sunbeds are free.

The tiny island of Tabarca is one of the top tourist destinations within the Costa Blanca. A visit here is just like stepping back in time. In 1986 the island and and its surrounding waters were declared a protected marina and bird reserve.

Boats to Tabarca leave from Torrevieja, Guardamar, Alicante and Benidorm, although for the most frequent crossings, widest choice of boats and shortest journey of about half an hour, it is best to depart from Santa Pola’s marina. Some boats have glass bottoms, so you can admire the creatures of the deep.

Once on the Island you can explore!! There is the old square at the heart of Tabarca, the church and graveyard, the museum, the ruined walls of the fort, the lighthouse, the beaches and coves, the paths that crisscross the island, an abundance of bars and restaurants as well as souvenir shops. If that isn’t enough there is the crystal clear waters for some top class snorkelling!

Go-Karting is the perfect summer fun activity for all the family. The track is open to all ages and there are special baby karts and a separate track for 5 to 10 year olds. It also has bouncing castles, trampolines and arcade machines for the children.

There is a ton of different sporting activities to do in and around the area. Tennis, padel, soccer, indoor swimming pools, gyms, class training, climbing, surfing etc. Ask us for more information if you are looking for anything specific. Otherwise CDM Sport Centre has a wide range of activities.

More about the CDM Sport Center

In the heart of Orihuela Costa you can find Zenia Boulevard. None of our properties has more than an aproximate 5 minute drive to this shopping mall, which is one of Spains largest. Apart from all the great shopping you can find in any of the 100+ shops, they also provide a bowling alley, entertainment shows, trampoline park, casino, arcade venue, childrens play area and much more…

The horse farm and riding stable “El Refugio” is located in between Guardamar and Torrevieja, and only 1.5 km away from the beach of the Mediterranean Sea.

No matter whether you are a beginner or advanced rider there are tours and lessons for everyone. You can also find several different similar horse farms in the area.

If you have an interest in snorkeling or scuba diving, then you’ve definitely come to the right place for your vacation or weekend getaway. Whether you’ve never tried these awesome activities or do it on a regular basis, you’ll discover a wonderful experience beneath the waters found of Costa Blanca.

You have a wide variety of different diving and snorkeling companies in the area. Both classes and guides tours.

More about diving and snorkeling

It’s a magnificent, well-preserved castle on top of the Benacantil mountain and it dates back to the 9th century, although older artefacts from the Bronze and Roman eras have been found there. If you have any interest in history at all, you do not want to miss this. And when you are here dont miss out all the other sights and great spors in Alicante city.

More about Alicante and the castle